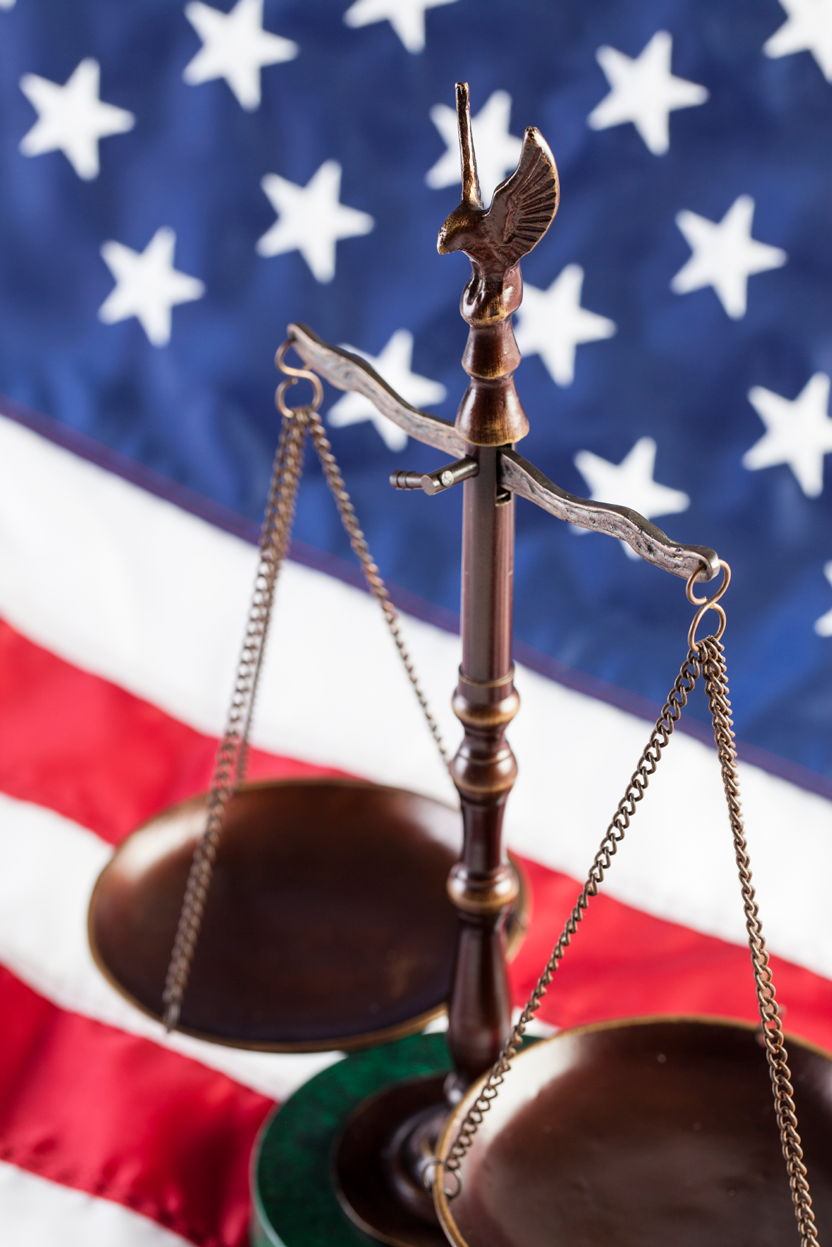 Once placed in Removal or Deportation Proceedings an immigrant can expect a minimum of two court hearings.

The first is known as a Master Calendar.  At this hearing the Immigration Judge will acknowledge the immigrant’s case. The Judge will then issue a new date, thereby allowing an immigrant time to prepare and present a defense to deportation.

The second Court hearing is known as an Individual Hearing.  At this hearing the immigrant will present legal argument and witnesses testimony.  Normally, at the end of this hearing the Judge will issue his or her decision.

It is not uncommon to present in court for more than one Master Hearing. Generally,  there is only one Individual Hearing.

My relative has just been arrested by Immigration and Customs Enforcement (ICE). How can I help?

1.Once a person has been taken into ICE custody it is generally difficult to have him or her released. However, if it is determined that your relative has a defense to deportation, he or she may be successful in their goal to remain in the United States legally.

2. When a family hires an Immigration Attorney on behalf of the detained Immigrant; the client is always the “detained relative”. An attorney may not be able to fully share information with family members; unless the client gives written consent.

3.Once an Immigration Attorney determines that a defense exists and the client has agreed to proceed please know that your relative may remain incarcerated during the appeal process. A person can spend many months and sometimes years detained while a case unfolds.

However, depending on the defense argued your relative might be granted supervised release. Every case is different. The key is to look at all options and see how these possibilities can be applied to help your relative’s case.

4. The mental resolve and attitude adapted by both the family members and the detained Immigrant are critical at this time as the emotional toll on a family can be huge. Emotional calm generated by the client and family members can greatly assist an Attorney in his/her representation. A calm approach allows space for legal argument to be focused to its best advantage.

5.  These cases can be difficult and time consuming to win. Only the detained immigrant can determine if he/she is willingly to stay and fight. If a person is not emotionally or mentally able to sustain the stress of incarceration then it is important to know that at any time an appeal can be withdrawn. A person is normally deported within thirty days of this occurring.

6. A detained Immigrant who is not legally represented statistically has a very slim change of being successful.

7. Immediately set up a consultation with an Immigration Attorney, bring copies of any immigration, court and arrest documents that pertain to your relative. Determine if your relative has a defense or if the best course of action is to agree to deportation.

I am in Removal / Deportation Proceeding. What are my options?

Your options depend on whether you are entitled to relief from deportation.
• You may have a defense to deportation if you have resided continuously in the United States for a period of ten years or more; are married to a U.S. Citizen or Green Card holder, have children who are U.S born or Green Card holders, or you have a parent who is a U.S. Citizen or Green Card holder;
• AND you can prove ‘exceptional and extremely unusual hardship’ to them in the event that you are deported.
• USCIS generally interprets ‘exceptional and extremely unusual hardship’ to be more than just financial and emotional hardship. It is a very high standard. For example, Law Offices Jon E Jessen LLC has won cases where the qualifying relative has had serious medical issues or may be either mentally or emotionally delayed or exceptionally gifted (academically, musically, or athletically).
• If you have no relief currently available to you then you may be eligible for Voluntary Departure (the Immigration Judge will give you a maximum of 120 days to leave the U.S. voluntarily). The benefit to taking Voluntary Departure means that you do not have a ‘Deportation Order’. This strategy may assist in your eventual return to the United States. However, you must abide by this agreement and leave the United States on or before the appointed date.
• Be advised, you may be subject to a three or ten-year bar from returning to the United States (three year bar applies if you have been in illegal status for more than six months and the ten year bar applies if you have been in illegal statue for more than one year) once you have physically departed the U.S.
• There is a waiver available but you must prove ‘extreme hardship’ to your spouse or parent who is a U.S. Citizen or Green Card holder.

I am in Removal / Deportation Proceeding. I have DUI Convictions. What are my options?

I am in Removal / Deportation Proceeding. I have criminal Convictions. What are my options?

Your options depend on the criminal convictions you have and how Immigration applies Federal Law to these convictions. Please have Court Dispositions Certificates for each conviction available and meet with an Immigration Attorney to review your options.

I was ordered deported by an Immigration Judge. Can I stop my deportation?

Always get a new legal opinion. Have your case reviewed by another Immigration Attorney to determine if you have grounds to appeal. It depends on the circumstances.
• If you appeared at the Immigration Hearing, and were subsequently ordered deported, you have some administrative remedies available to you. These remedies include:
• File an Appeal: If you appeared for the deportation hearing and the Judge denied your claim for relief then you can file an appeal with the Board of Immigration Appeals (BIA). The Appeal must be filed with the BIA within 30 days of the Immigration Judge’s decision.
• Federal Court: If the Board of Immigration Appeals (BIA) denies your appeal you may be able to file an appeal with the Federal Court of Appeals. This must be filed within 30 days of the BIA’s decision.
• If you did not show up for the Immigration Hearing and the Immigration Judge issued a deportation order in your absence you have limited options.
• Motion to Reopen: If you were not present for the hearing then the Immigration Judge can order you deported in your absence. However, if you can prove that you never received notice of the hearing, or that you missed the hearing due to exceptional circumstances, you may have grounds to file a motion to reopen the deportation order.

What is an Expedited Removal?

An Expedited Removal is a Deportation Order. The Removal order issued at the border directly by Immigration is given to individuals caught trying to cross the border and enter the U.S illegally.

I have an Expedited Removal. Can I have it reopened?

At this time, under most circumstances, there is no procedure to reopen an expedited or of removal nor is there a procedure to have the order reviewed by a court.

What is the difference between a Border Stop and an Expedited Removal?

A Border Stop, is where you were stopped, photographed, fingerprinted and immediately returned across the border. Ultimately, a border stop will not prevent you from gaining a future immigration benefit.

An Expedited Removal is serious and will most likely stop you from gaining future Immigration benefits. Typically, if you were photographed, fingerprinted AND signed a document before being immediately returned across the border you most f you probably have an Expedited Removal.

If you were ‘stopped’ by Immigration, especially after April 1, 1997, you may have been placed in Removal Proceedings, or you may have an Expedited Removal Order, meaning that you already have a deportation order.

*You need to determine what the stop means and immediately ascertain your Immigration Status in the United States.

My relative has been deported, from the United States. How can they re-enter the U.S legally?

• Your relative may be eligible to file an I601 and I212 waiver to the deportation. If approved the waivers may enable him or her to return to the U.S.
• An I-212 Waiver is required to forgive a deportation order.
• An I-601 Waiver is required if your relative has lived in the United States illegally for more than six months.
• Obtaining either of these waivers is generally complicated and may take several years to process.

What is a FOIA?

You are entitled to a copy of your Immigration file and or court hearings under the Freedom of Information Act (FOIA). On average you can expect to wait up to or over one year to receive a complete copy of your Immigration file, so it is important to ensure the paperwork is filled out correctly from the beginning, as unanswered questions may lead to further delays. A FOIA request will be expedited only if you are currently in proceedings, then you can expect to wait several months.