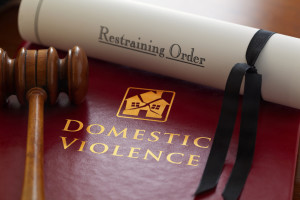 I am undocumented. My US Citizen spouse is abusive. Do I have any rights?

Yes. Abused spouses (male and female) of U.S. Citizens may be eligible to file an I-360 petition with Immigration.

• An approved I-360 petition permits the abused spouse of a U.S. Citizen to become immediately eligible to apply for permanent residency (green card).

I am undocumented. My Legal Permanent Resident Spouse is abusive. Do I have any rights?

Yes. You may be eligible to apply for a U-Visa. A U-visa applies to immigrants, including undocumented immigrants, who are the victims of certain serious crimes and who have cooperated with authorities in the prosecution of the perpetrator.

An immigrant granted a U-Visa will subsequently be given legal status to reside and work in the United States (please read more information about this visa in our U-Visa section).

Having documentation is helpful:

Schedule a consultation with Law Offices Jon E. Jessen, LLC. Attorney Jessen has experience dealing with these sensitive cases and will treat the information you provide with respect and dignity. We can help determine if you are eligible to file for an Abused Spouse Petition (Form I-360) or a U-Visa (Victim of Crime).